Katavi National Park is the third largest national park in Tanzania and one of the most unspoilt areas of Africa.

A special and unique safari area with a rich flora and fauna, so remote that it only receives over a thousand visitors each year.

Katavi National Park is one of the most pristine and rugged nature reserves in Tanzania. The enormous grass landscape with thousands of buffalo and antelopes are a true highlight. In the beautiful forests and around the lakes you find many hippos, crocodiles and birds.

The characteristic feature of Katavi National Park is the Katisunga Plain, which is 425 km² in size, a vast grassy plain in the heart of the park. The small rivers and swampy lakes such as Katavi and Chada support huge populations of hippos and crocodiles.

When the floodplains dry up and wildlife gathers at the remaining water, the park comes to life. The hippos then gather by the hundreds for a bath in a muddy pool. Territory battles are the order of the day. A unique spectacle.

Katavi National Park is also the habitat of some of the largest remaining buffalo herds in Africa and therefore, it’s not unusual to see over a thousand of these cattle at the same time.

Katavi National Park is also the habitat of some of the largest remaining buffalo herds in Africa and it is therefore not unusual to see more than a thousand of these cattle at the same time.
And all those huge numbers of elephants, buffalo, giraffes, zebras, impalas and roe deer are an easy prey for the numerous lions and spotted hyena.
Katavi National Park is home to around 400 bird species.

The climate in Katavi National Park is warm all year round, with temperatures around 32 degrees. The nights are around 20 degrees. Higher areas are somewhat cooler.

May
By the end of the rain season, there are still some occasional rains in May. The roads are good, the grassy plains are under water. Katavi National Park is beautiful and green.

June to September
Most days are sunny and clear. Rain is rare. The afternoon temperatures are around 31 degrees. June to August have the coldest nights, but with 17 degrees still moderate. The hippos are in a heap in the increasingly scarce pools.

October
It’s the hottest month of the year and also the end of the dry season. The rain is expected and the humidity gradually increases. The animals sometimes even come to the camps to look for water.

November to April
The humidity is high and it can feel very hot. The afternoon temperatures are usually around 32 degrees and 21 degrees at night. It’ll rain almost every afternoon, often with thunders, but rarely all day long.
In the rain, it’s difficult to see the animals in the tall grass. Many accommodations are closed.

1. As a result of illegal hunting and poaching, presumably for consumption, biodiversity is declining rapidly.

3. A visit to Katavi National Park is a perfect combination with a safari in Serengeti, Mahale Mountains National Park and Selous Game Reserve.

4. Katavi National Park is easily accessible by a domestic flight from Dar es Salaam, but also from Arusha. In both cases, it takes three hours.
The route from Mbeya (550 km) by car is intense and spectacular.

5. Because Katavi National Park has the largest herds of buffalo in Africa, it’s not unusual for you to see over a thousand together.

Katavi National Park is an adventure with the excitement of Africa as it must have been a century ago.

The safari starts from the lodge, in an open safari jeep and together with a professional safari guide.

There is also the possibility for hiking and fly camping.

As part of a walking safari, it’s possible to spend a night under the stars in private from the lodge. You breathe Africa and experience it with the animals, as close to nature as possible. At the end of the day you arrive at the camp, together with the guide. There, with a crackling open fire, drinks on ice are waiting for you. You can shower under a hanging bucket of warm water. After a delicious three-course dinner served under the stars, you can relax in your tent and fall asleep comfortably, surrounded by the sounds of nature. Naturally, the guide ensures safety.

Typical to Katavi National Park are the large herds of Cape buffalo, zebras, wildebeests, giraffes and elephants. And along the Katuma River the many crocodiles and hippos.

Carnivorous animals roaming through this park are cheetahs, wild dogs, hyenas, leopards and lions. In addition, the park also has dozens of bird species. 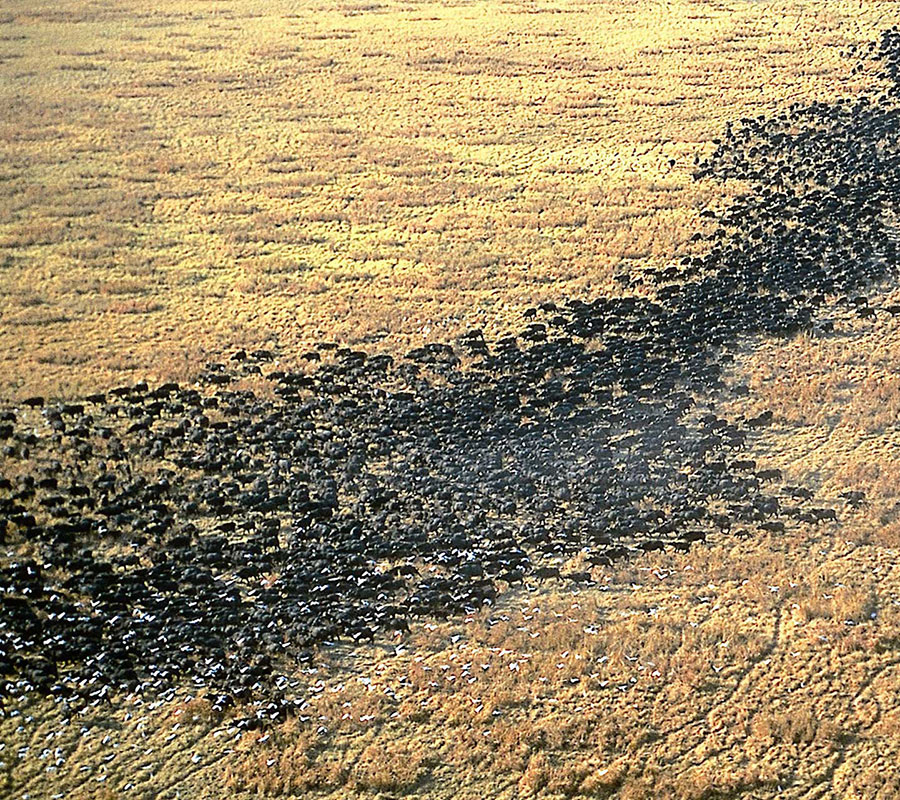 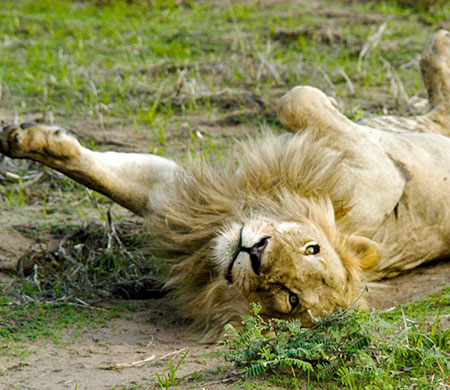 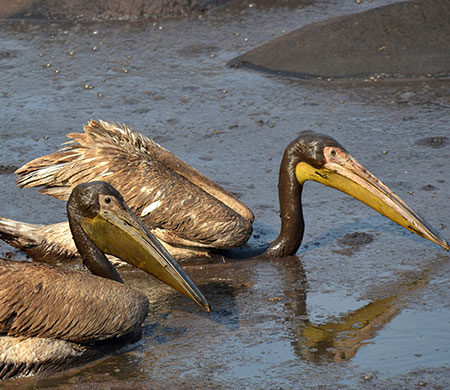 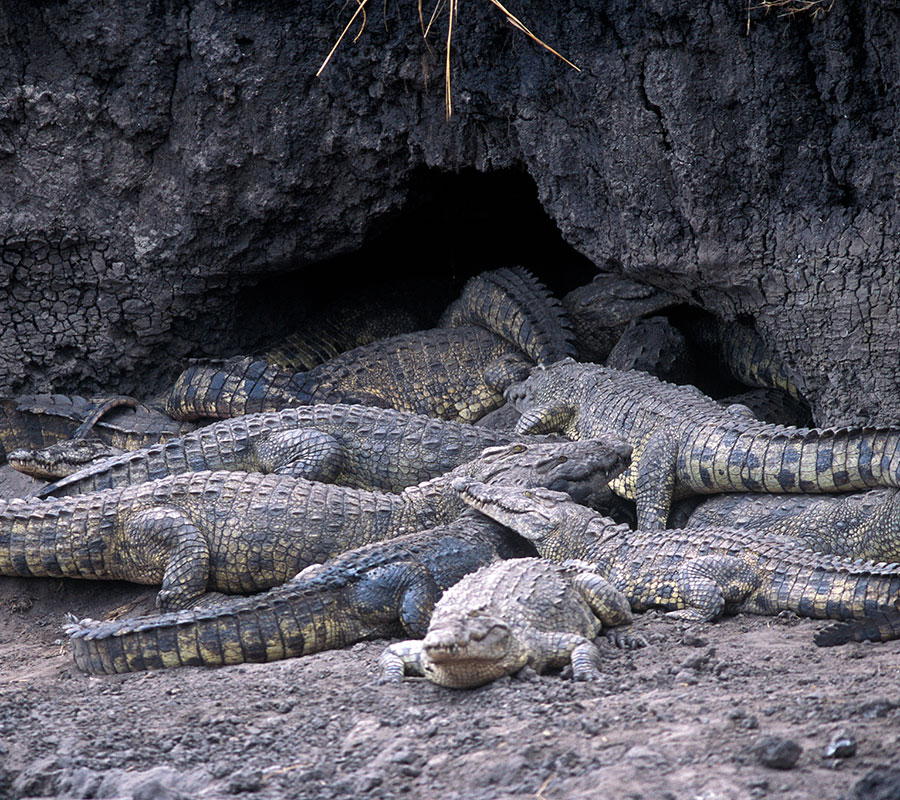 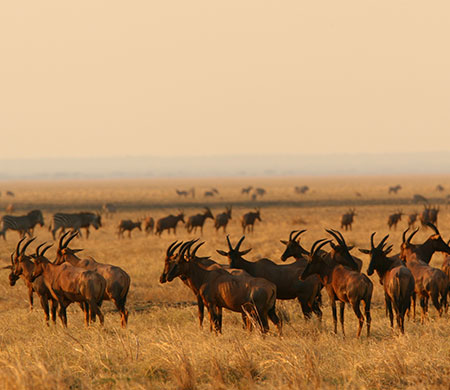 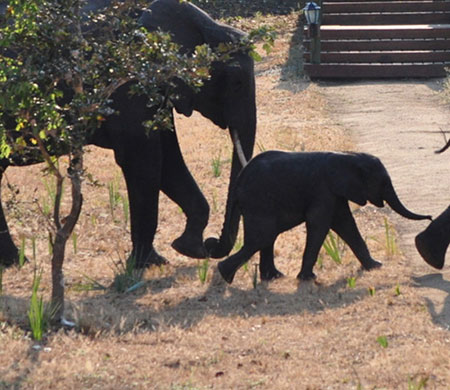 Imagining yourself in Katavi National Park yet?

Although it’s an isolated alternative to the more popular destinations elsewhere in Tanzania, the lodges in Katavi National Park are at least as luxurious.

At beautiful locations: you feel at one with nature.