Lake Eyasi is a soda lake surrounded by volcanic mountains.
The Hadzabe, bushmen who still hunt for food, live around Lake Eyasi.

Meet the heirs of the very first people, who still have a symbiotic relationship with their environment. The purest example of an anarchist society with no rules.

Lake Eyasi is a seasonal shallow salt lake at the bottom of the Great Rift Valley at the foot of the Serengeti plateau.
Lake Eyasi is the habitat of large populations of flamingos and pelicans in the breeding season.


Culture and products at Lake Eyasi

1. Besides the Bushmen, the Hadzabe, there are also Iraqw (Mbulu) in the area around Lake Eyasi, a people of Cushite descent who arrived about 2,000 years ago, and the Datoga, well-known metalworkers whose clothing and culture are quite similar to that of the Maasai.

2. Iraqw traditionally lived on the other side of Yaeda, but have increasingly come to the Baray, the main region for growing onions in East Africa.

3. There are between 1,200 and 1,300 Hadzabe in Tanzania. Hadzabe have a language of their own, which does not resemble any other language.

4. Hadzabe (also known as Hadza, Hadzapi or Tindiga) are descendants of the Aboriginal hunter-gatherer population in Tanzania. They lived in the same way for many thousands of years until the last century. Agriculture, colonialization, safaris and tourism have largely changed their lives respectively.

5. Hadzabe live in groups of around twenty people. There is no hierarchy, no rules and all resources are shared. Their camp is relocated if necessary, for example in the event of illness, death, conflict or food. In that case, everyone carries their own (minimum) possessions.

The climate in Lake Eyasi is mild and temperate. The average temperatures are consistent throughout the year. During the day it is never too hot, at night and in the morning it is nice and cool. With rain, the landscape changes into a lush grassland.

June to October
The afternoon temperatures are usually around 24 degrees. Beautiful skies and sunshine are common. It’s possible that the short rains start in October. The average evening / night / morning temperature is around 14 degrees, but close to freezing is also possible.

November and December
This is a 30-day period with short rains, with afternoon showers. It rarely rains all day, so this won’t have much impact on your trip. Daytime temperatures are around 27 degrees, in the night and early morning around 16 degrees.

January and February
These are the dry months between two rainy seasons, with similar temperatures between 16 and 26 degrees.

March to May
Although it rains daily in these wettest months, it rarely rains all day. Clouds are usually present. The maximum day temperature is around 26 degrees, 16 degrees at night. Closer to the freezing point is sometimes also possible.

1. The Eyasi lake lies at an altitude of 1,030 meters between the Eyasi slope in the north and the Kidero mountains in the south.

2. Lake Eyasi is a soda lake and lies 75 kilometers south of the Ngorongoro highlands.

3. The area around the lake, like the Great Rift valley, is formed by volcanic activity. The walls of the Rift valley (up to 650 meters high) impressively rise above the lake.

4. The water of the Eyasi lake has a high content of sodium carbonate and other salts due to evaporation, and is therefore also referred to as an alkaline or soda lake. It is possible to wash with the water from the lake without using detergent.

5. In the dry season, the Eyasi lake is no more than a dried-out bed, which contributes to the alien atmosphere of the area.

6. Lake Eyasi is not a destination for mammals, because they cannot drink from the soda lake. During the green season, when there is more water in the lake, hippos and birds come to the area.

7. The main influx is the Sibiti River, next to it the Baray, the Budahaya River, and finally the Sayu. In wet years, the Eyasi lake is rarely deeper than one meter, while in dry years it is almost completely dried up.

8. Mumba Cave is an archaeological site that lies on the shores of Lake Eyasi. The site has delivered a number of objects from the Middle Ages and late Stone Age.

You visit Lake Eyasi if you want to get acquainted with the life of the Hadzabe tribe. The presence of these traditional bushmen is of great significance for the region. Walking is the most important activity here.

Spend a day with the Hadzabe tribe and go for a hunt.
These are the Bushmen who live here by hunting with bows and arrows and collecting wild berries and fruits. These are the last heirs of the parents who took their first steps here, along the Rift Valley, about two hundred thousand years ago.

You can also visit the Datoga tribe. This is a tribe that forges copper and aluminum into bracelets, knives and other tools. They also trade these products with the Hadzabe.

The area around Lake Eyasi is known for its many bird species on the shores of the lake.

Common animals in the area are: flamingos, pelicans and many other bird species. The bees provide honey. 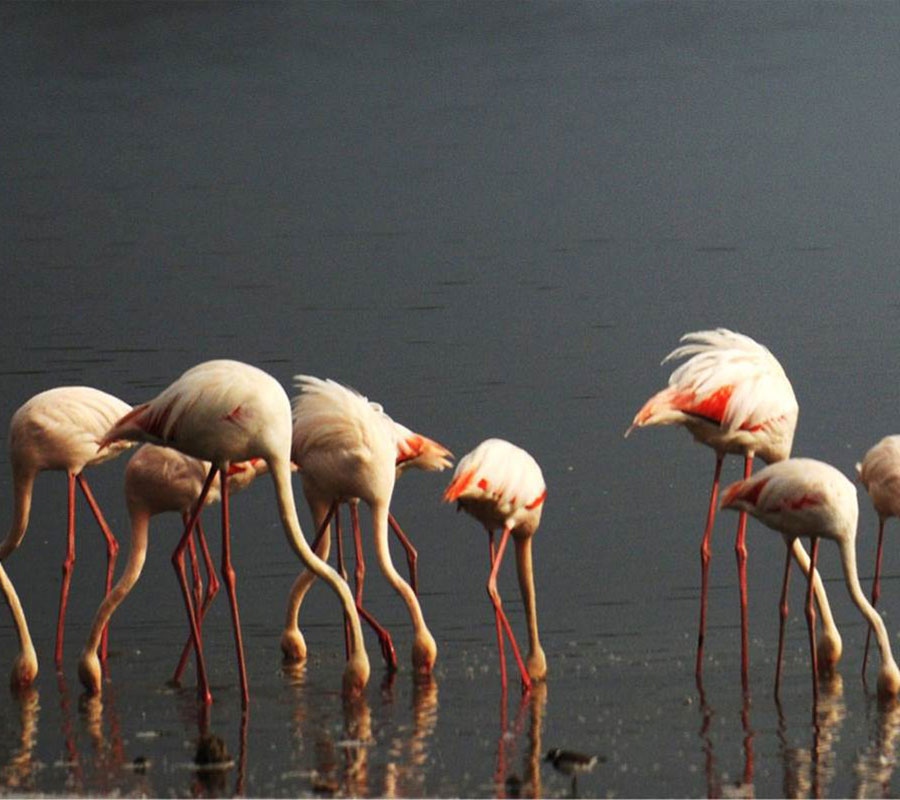 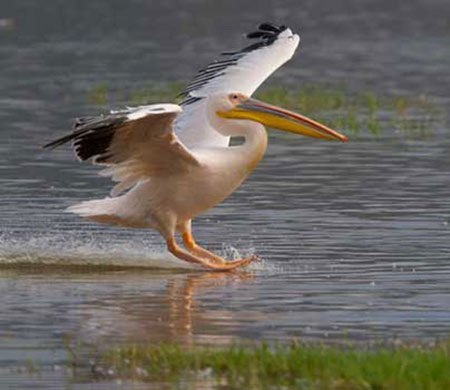 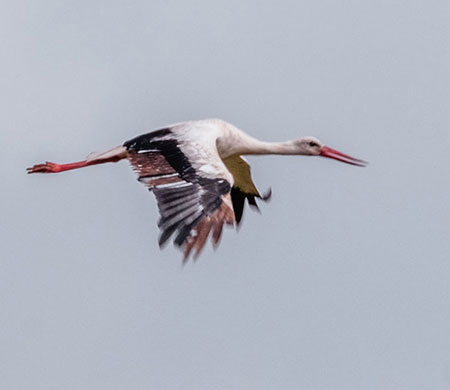 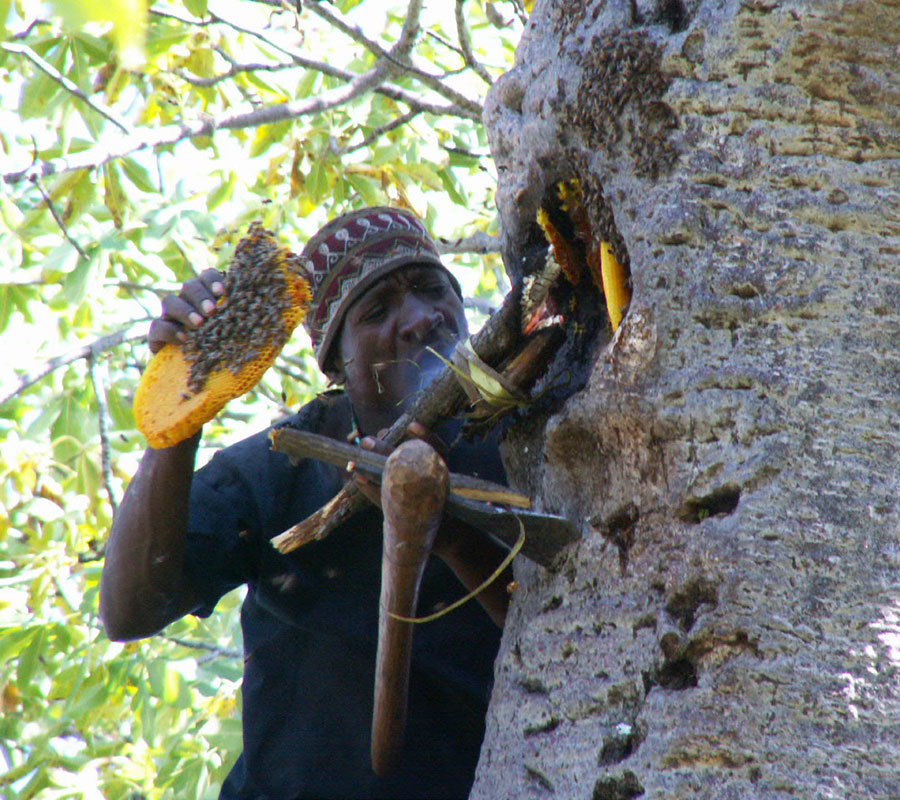 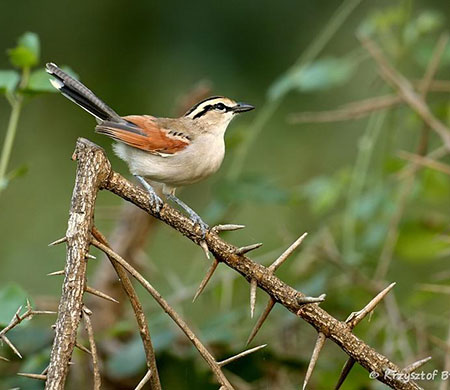 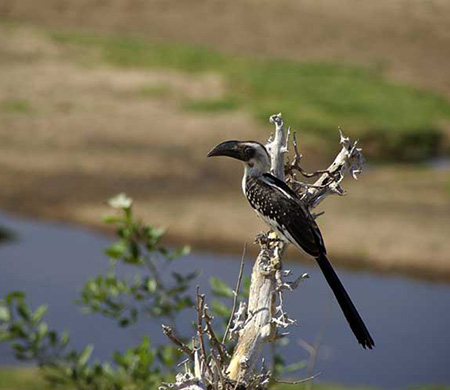 Would you like to travel with the Hadzable tribe too?

Add Lake Eyasi to your trip or contact us directly!

Small-scale, intimate and in stunning locations.
To unwind and to go out with the Hadza tribe.