The Ngorongoro crater, a breathtaking place you should definitely see!

Descend into this perfect deep volcanic crater and experience the animals up close.
Because of the enormous concentration of animals, you most like see the Big Five!

About the Ngorongoro crater

This world famous crater is one of the most important attractions in Africa and the area has been on the UNESCO World Heritage List since 1979.

Landscape of the Ngorongoro crater

The Ngorongoro crater is part of the Ngorongoro Conservation Area in northern Tanzania. The area borders the world famous Serengeti National Park. The entire protected area has an area of 8,292 km2. The area varies in height from 1,230 meters to 3,648 meters. One of the most spectacular protected natural areas in the world.

The Ngorongoro crater is the world’s largest intact volcanic caldera. A spectacular bowl of about 260 square kilometers, with edges up to 600 meters deep. It is home to around 30,000 animals. The crater rim is more than 2,200 meters high and has its own unique climate; colder and more rain.

The crater itself is a well-known tourist area, but when you have time there are many other areas to discover.
In the hills around the crater lie the Ngorongoro highlands, with the Empakai and the Olmoti Crater. These are beautiful nature reserves with many forest birds to take beautiful walks accompanied by a Maasai guide. Get acquainted with the culture of the special warrior tribe in the authentic Maasai villages.
Besides, there is the Ol’Dupai Gorge. The 1.8 million-year-old remains of the first human were found in this gap.

The Ngorongoro area has a mild, temperate climate. In the crater it never gets very hot during the day, but higher up on the crater edge it gets cold and can freeze at night. Warm clothing for the morning safari is a necessity.

June to October
The afternoon temperatures are usually around 19 degrees inside the crater. Sunny, cloudless skies are usual. It gets cold at night and it potentially freezes on the edge of the crater.

November and December
The afternoon temperatures are around 23 degrees in the crater and 6 degrees at night on the crater rim.
This is a period in which a showers can take place in the afternoon for a month. That will not be very disturbing.

January and February
This is the period of dry weather between two green seasons.

March to May
The wettest period of the year. It rains on most days, but not all day. During the day it is on average 21 degrees in the crater and 6 degrees on the crater rim. The temperature can be lower due to cold fronts.

1. Lake Makat is a soda lake in the crater. It’s filled by the Munge river. Makat means ‘salt’ in the Maasai.

2. The animals are free to go in and out of the crater, but are blocked by the steep edges, the rich volcanic soil, the lush forests and water springs in the crater.

3. The Ngorongoro crater was created 2-3 million years ago and has not been active since.

4. However, the Ol ‘Doinyo Lengai was active recently (in 2008). Smaller bursts of ash and lava continue to fill the crater slowly. The name is Ol’Doinyo Lengai means ‘Mountain of God’ in Maasai.

5. The Maasai is a nomadic tribe, they know no national borders. Cattle are the most important for the Maasai. They eat their meat, drink their blood and milk, use their skins for houses and their bones for combing. They firmly believe that all cows in the world were a present by God.

6. Maasai wear many decorations and a garment to protect against the sun and the cold. They generally wear red clothing. For them, this colour symbolizes life and blood, and scares the wild animals.

The Ngorongoro crater is popular, therefore, to avoid the crowds, you go into the crater early in the morning.

The Ngorongoro crater is more than just a safari destination. Take a walk in this beautiful area and get acquainted with the Maasai culture.
The Oldupai Gorge museum about the cradle of mankind offers spectacular views.

A safari by jeep in the Ngorongoro Crater is definitely a must if you’re spending time in the north of Tanzania. During the safari you travel with a professional safari guide in a private Landcruiser.

You decide on the day program together with your guide. His goal is to show you as much as possible. For example, you can go into the crater already at sunrise or after a tranquil breakfast. You can enjoy the safari until sunset, or drive back a little earlier for a quiet afternoon at the accommodation …. it’s all up to you!

The Ngorongoro area was protected to offer the Maasai a certain place after they could no longer enter the Serengeti.

Maasai live in circular cabins they call ‘boma’. A fence is built around these boma to keep the wild animals at a distance.  The cabins are made of braided branches, the holes of which are filled with manure and mud. They are approximately 15 m2 in size (3m x 5m).

A number of these bomas are open to tourists. Here you can see how the cabins are built according to the chronological order of the wives. In the middle of their home a fire is burning… without a chimney. These proud herdsmen are not allowed to live in the Ngorongoro crater, but still allow their cattle to graze there, despite the predators present.

The Maasai culture is a patriarchal culture. The elderly decide.

Experience Tanzania from a great height.
Depending on the season, let yourself be carried away with the wind and experience the Ngorongoro Crater from the air!
The hot air balloon takes off early in the morning to watch the magnificent sun rise over the crater. After a flight of about an hour, a delicious champagne breakfast is waiting for you.
It doesn’t get any better! 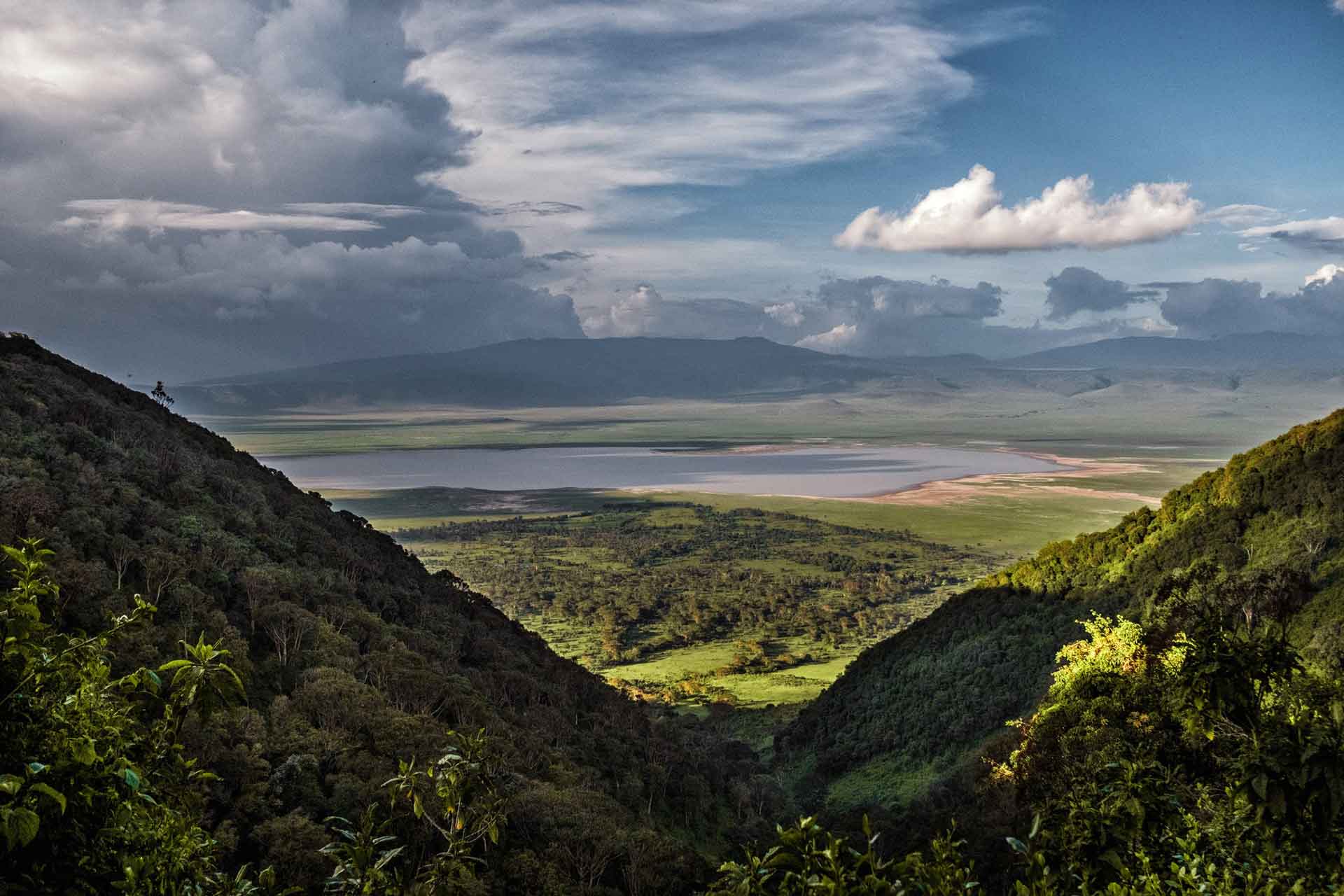 Wildebeests and zebras migrate into the Ngorongoro crater. You also find many large predators and ungulates here, including the black rhinos. 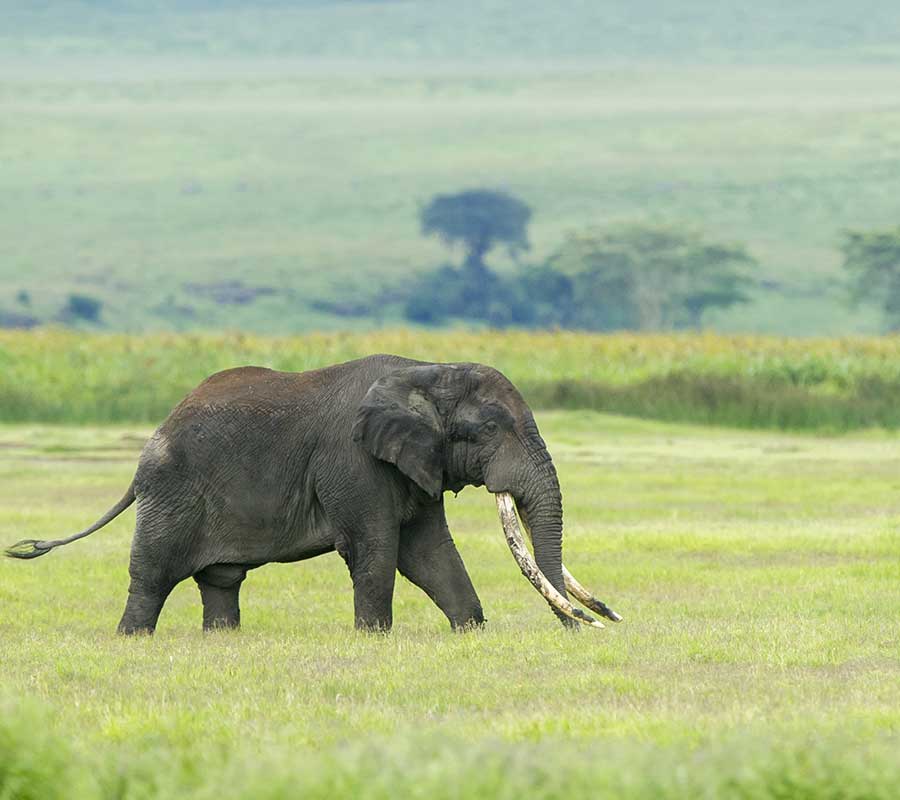 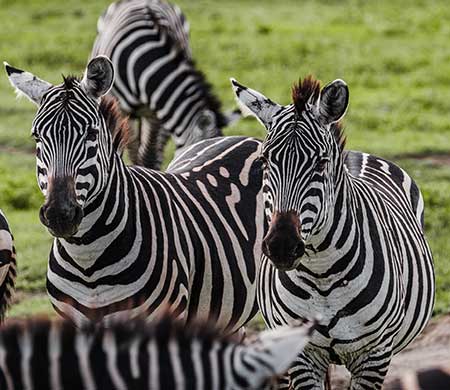 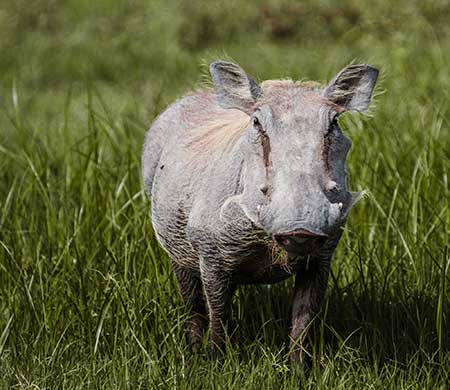 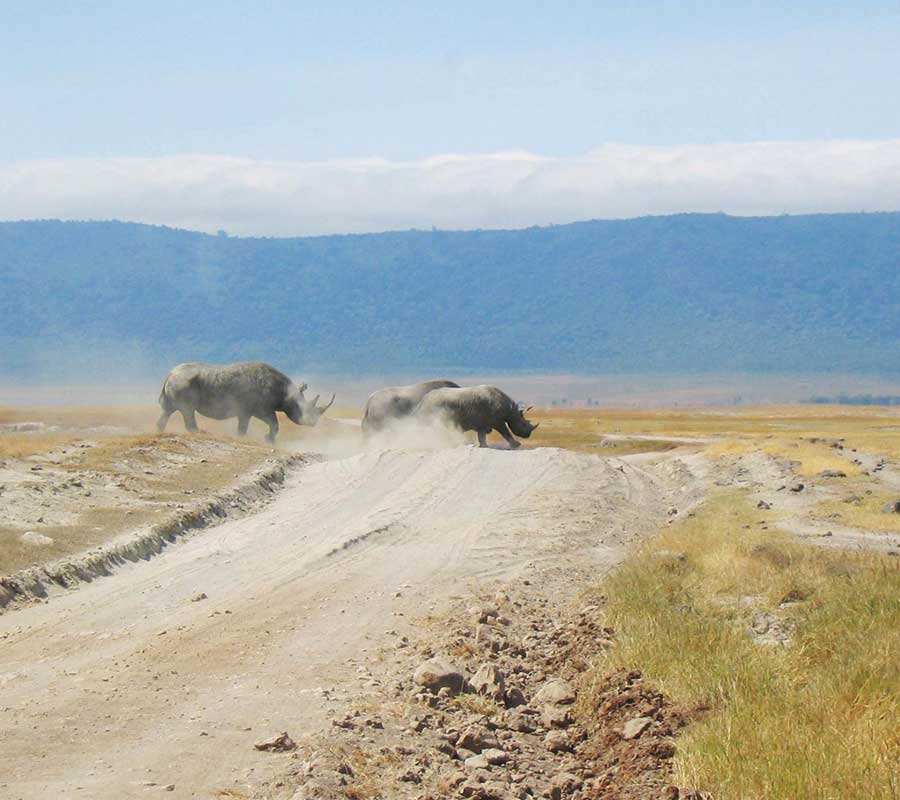 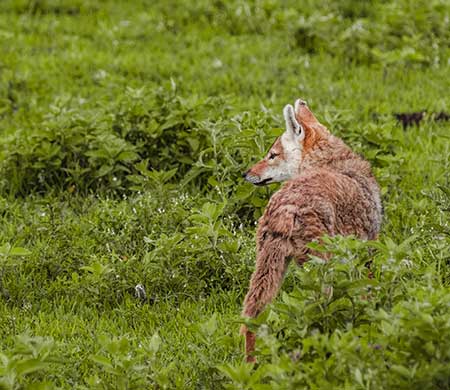 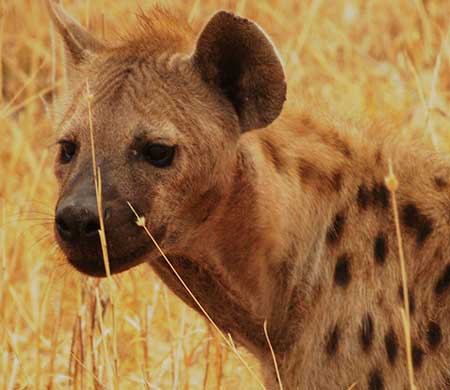 Are you joining our safari in the Ngorongoro crater?

Accommodations around the Ngorongoro crater