Wildlife spotting and sailing on the Rufiji river

The Nyerere National Park (part of Selous Game Reserve) is a picturesque, unique and pristine safari destination and belongs to the UNESCO World Heritage Site as the oldest and largest protected nature reserve in Tanzania.

The numbers of animals in Nyerere National Park are unprecedentedly high, making the park ideal for an adventurous safari!

Nyerere National Par is the largest game reserve in Africa, with large populations of elephants and buffalos. From the characteristic Rufiji river, you can see the natural behavior of the animals up close.

Sailing among the hippos, crocodiles and the many birds is an unforgettable experience.

A very striking place in the park is the Rufiji River, in the northern part of Nyerere National Park. This river flows into the Indian Ocean opposite Mafia Island and Stiegler’s gorge, a chasm of 100 meters deep and 100 meters wide. A network of rivers and lagoons along the Rufiji River provides the water supply for wildlife in this region and by the end of the dry season the concentration of animals around these water sources is unprecedented.

The climate of Nyerere National Park is warm and humid. So close to the equator, the nights are also warm.

June to October:
Most days are sunny with clear skies. In the afternoon temperatures are usually around 28 degrees, at night about 19 degrees. A wonderful time to visit Nyerere National Park. Many animals gather around the water.

The green season has higher temperatures and high humidity, with around 29 degrees in the afternoon and nights up to 22 degrees.

November to December:
The green season begins. Rainfall is occasional and short, often in the afternoon. During the day, it is around 31 degrees. In the morning and at the end of the afternoon it is around 22 degrees, the best time for activities.

January and February:
The rainy season is progressing and there will be several days with short showers, usually in the afternoon. During the day the temperatures are around 30 degrees, at night an average of 22 degrees.

March to May:
Especially March and April are rainy months. Thunderstorms are to be expected on most days, but they rarely continue throughout the day. Roads are often difficult to access and some camps are closed. The temperatures are slightly lower (between 28 degrees during the day and 21 degrees at night).

2. The park’s name pays tribute to the late Mwalimu Julius Kambarage Nyerere (1922-1999), founder of independent Tanzania and first president from 1961 to 1985.

3. The Selous Game Reserve is named after Frederick Selous, a famous hunter and early conservationist. He died in Beho Beho (the Selous area) in 1917 during the battle against the Germans in the First World War.

4. Nyerere National Park is home to some of the last remaining black rhinos in Tanzania.

5. Along with the Selous Game Reserve, Nyerere National Park is the last true habitat of the African Wild Dog.

6. Selous Tanzania was first designated a protected area in 1896 by the German governor of Tanganyika, Hermann von Wissmann, and became a hunting reserve in 1905.

7. Most of the reserve remains reserved for hunting through private hunting concessions.

With its many rivers and lakes, Nyerere National Park is highly suitable for an adventurous boat safari.

Of course, you can also make beautiful safaris by jeep and on foot. Single or multi-day.

In Nyerere National Park, you can make beautiful boat safaris on the many canals and lakes in the reserve. During such a boat safari, there’s a good chance you see hippos, crocodiles and possibly other animals that come to drink. In addition, you can see many birds (around 40 different species).
A boat safari takes about two hours and can be done in the morning or in the afternoon. In the morning you have beautiful light (unless it is cloudy), but in the afternoon there is a greater chance of seeing crocodiles because temperatures are higher. A popular option is a morning walk around 6.30 am followed by a boat safari around 10 am. An afternoon boat safari has the advantage you sail during sunset.

During a safari in Nyerere National Park, you travel with a private safari guide or in a small group. Most lodges offer safaris during which you share the car with other guests. We recommend a minimum stay of three nights here, for you to get a nice impression of the area. Even better is to stay for four or five nights, possibly at two different locations.

During our walking safaris it’s therefore possible to take a closer look at animals and animal tracks.

As part of a walking safari, it’s possible to spend a night under the stars in private from the lodge. You breathe Africa and experience it with the animals, as close to nature as possible. At the end of the day you arrive at the camp, together with the guide. There, with a crackling open fire, drinks on ice are waiting for you. You can shower under a hanging bucket of warm water. After a delicious three-course dinner served under the stars, you can relax in your tent and fall asleep comfortably, surrounded by the sounds of nature. Of course the guide ensures safety.

Nyerere National Park has an unprecedented amount of animals.
Over half of all Tanzanian elephants are living here.

Large herds of elephants, buffalo, crocodiles, hippos and wild dogs live in Nyerere National Park,
as well as many bird species and some of the last remaining black rhinos in Tanzania. 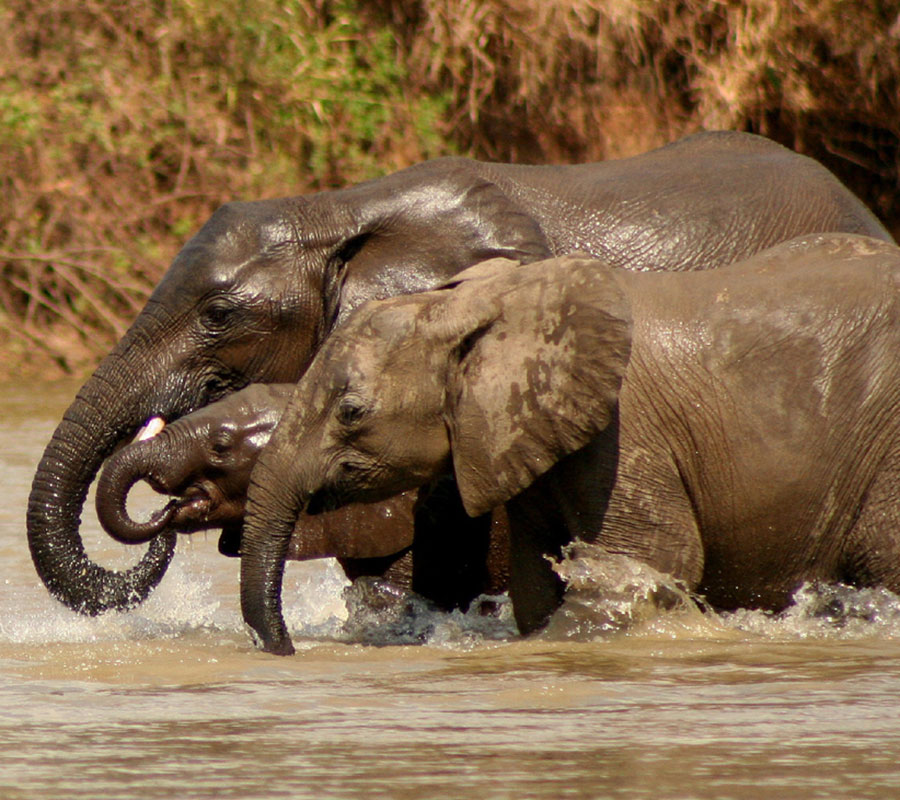 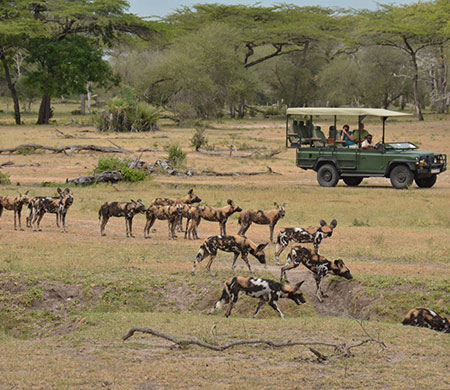 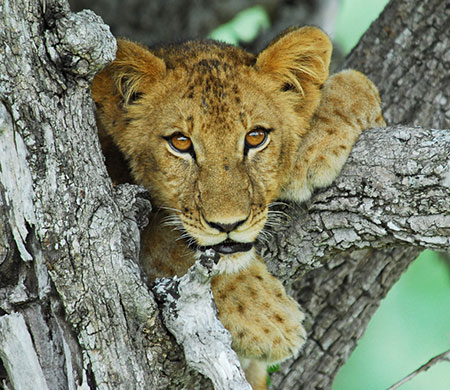 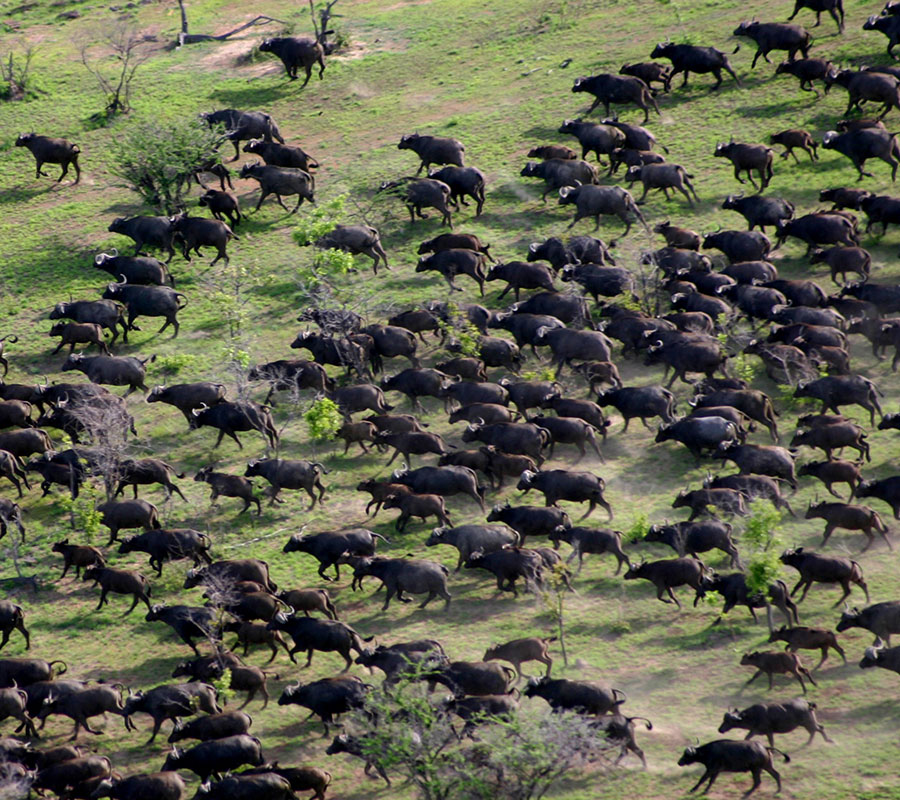 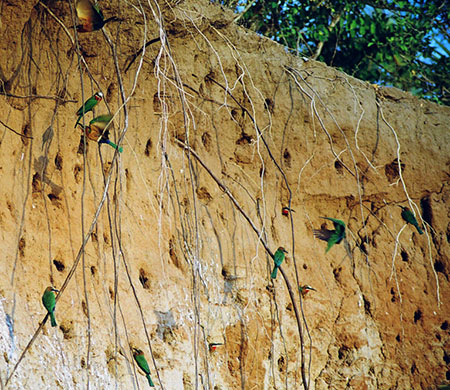 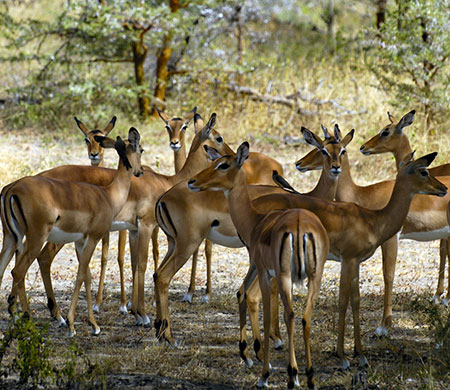 Imagining yourself in Nyerere National Park yet?

There are only a handful of safari camps in this largest protected area of Tanzania. Our accommodations have been selected with great care and attention. Small scale, hospitality and quality are paramount.

They vary in luxury, but are all in beautiful locations surrounded by nature and close to the animals.