In the unique southwestern corner of the spectacular Lake Victoria lies one of the best kept secrets of Tanzania: Rubondo Island.

Rubondo Island National Park – the largest national island park in Africa – consists of ten pristine islands, where on some days, you are its only visitor.

Rubondo Island is like a movie set, with its dense jungle, tall trees and a wide variety of fine green plants.
Besides, the animals are near at all times.

Four volcanically shaped hills form Rubondo Island, which for the most part are covered with evergreen rainforest.

Between the woods are pieces of grassland and some acacia.

Rocky areas and sandy beaches form the eastern shore of the lake and the papyrus-swamps the western shore.

The surrounding waters of Lake Victoria are a vital breeding ground for tilapia fish and the huge Nile Perch.

Rubondo Island National Park’s climate is warm all year round, with temperatures around 27 degrees. During the night, temperatures reach around 17 degrees. It will be cooler high in the mountains.

June to September
Most days are sunny and clear. Rain is rare. The afternoon temperatures are around 27 degrees. It is lovely to swim in the lake to cool off. June to August have the coldest nights, on average around 15 degrees.

October
It is the end of the dry season. Rain falls occasionally.

November to December
The humidity is high and it can feel very hot. The afternoon temperatures are slightly cooler than in the dry season, usually around 27 degrees and at night 18 degrees. It will rain almost every afternoon, often with thunderstorms, but rarely all day long.

January and February
Potential rain in the afternoon.

March to May
Especially in April and May there is a lot of rain. The paths are difficult to access. The accommodation is closed.

1. The Masa hills in the far south of Rubondo make up the highest point of the island (1,486 m above sea level but only 350 m above the level of the lake).

2. Biologists are still focused on making the endangered chimpanzees less shy and getting used to people.

3. The population of the 16 chimpanzees originally shipped to Rubondo, all of whom had lived in captivity in zoos and circuses, has now grown to about 60 individuals.

4. Rubondo was the first-ever attempt to rehabilitate chimpanzees in captivity. The chimpanzees received no rehabilitation or pre-release training, but after a year on Rubondo, they were able to find and eat wild foods and build sleeping nests.

5. Rubondo Island became a wildlife sanctuary in 1965 to provide a sanctuary for animals. Until then, about 400 people lived on Rubondo, mostly fishermen who have been moved to neighboring islands by the government. In 1977 Rubondo  became national park.

6. Cultural sites such as ‘Ntungamirwe’, ‘Maji Matakatifu’, ‘Altare’ and ‘Solo’ paint a picture of the life of natives who once lived in the park.

6. In addition to chimpanzees, seven other species of animals were introduced to the island: Roan antelope and rhino, Suni antelope, elephant, giraffe and black and white colobus monkeys.

Walking safaris and bird watching are the most important activities in this area. For although attractive, the beach is still the domain of a few hippos and crocodiles.

Rubondo Island is home to a very special group of chimpanzees, whose ancestors were brought here in the 1960s.

If you want, you can participate in this conservation project as a special member of the habituation team, allowing the chimpanzees to get used to the presence of humans and to see them up close in the wild.

The guided walks through the pristine rainforest are tailor-made for every guest.

The walks range from a walk one hour to a full day or multi-day hikes, including a stay at the exclusive tree house or an flight camp on the beach.

This is by far the best way to experience the wonders of Rubondo Island.

The forest trips by boat and in open jeeps are performed by expert wilderness guides. You enjoy the breathtaking scenery, the varied vegetation and the fertile bird and micro life.

Try to catch a beautiful Nile perch, the largest and most popular freshwater species in Africa – a single specimen can weigh over 200 kg!

Discover the quiet and unexplored corners of Rubondo Island on an intrepid safari by canoe, to experience this remarkable wilderness area from the water.

Rubondo Island is a haven for the endangered chimpanzee. 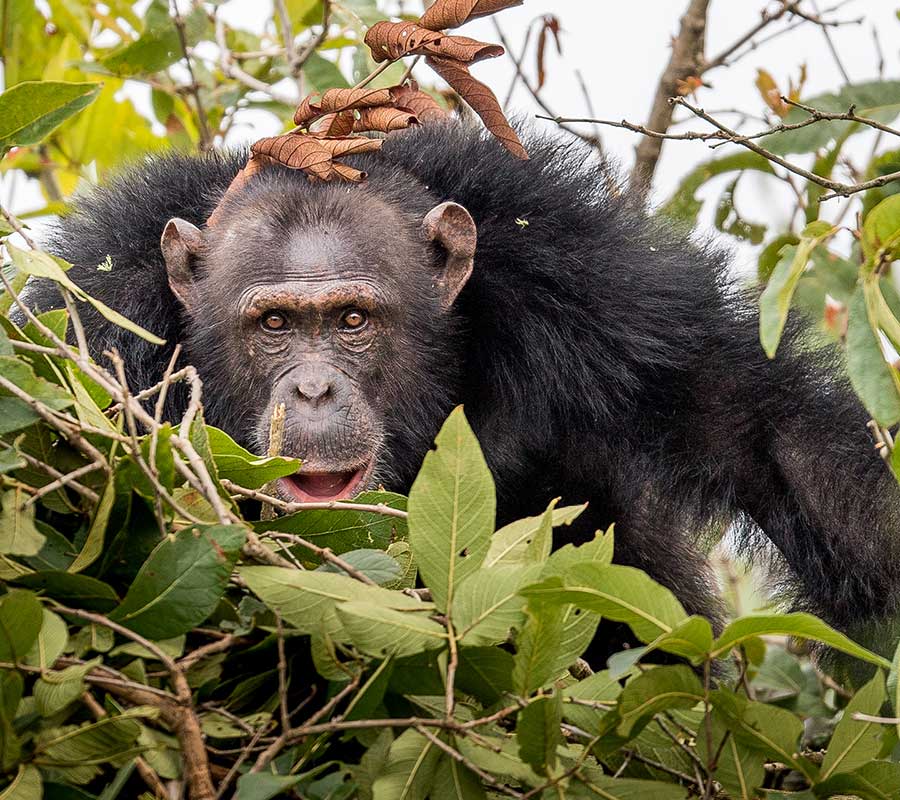 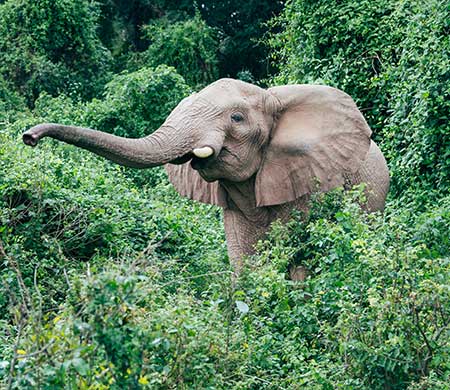 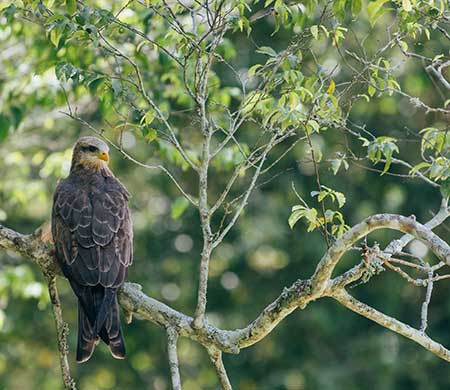 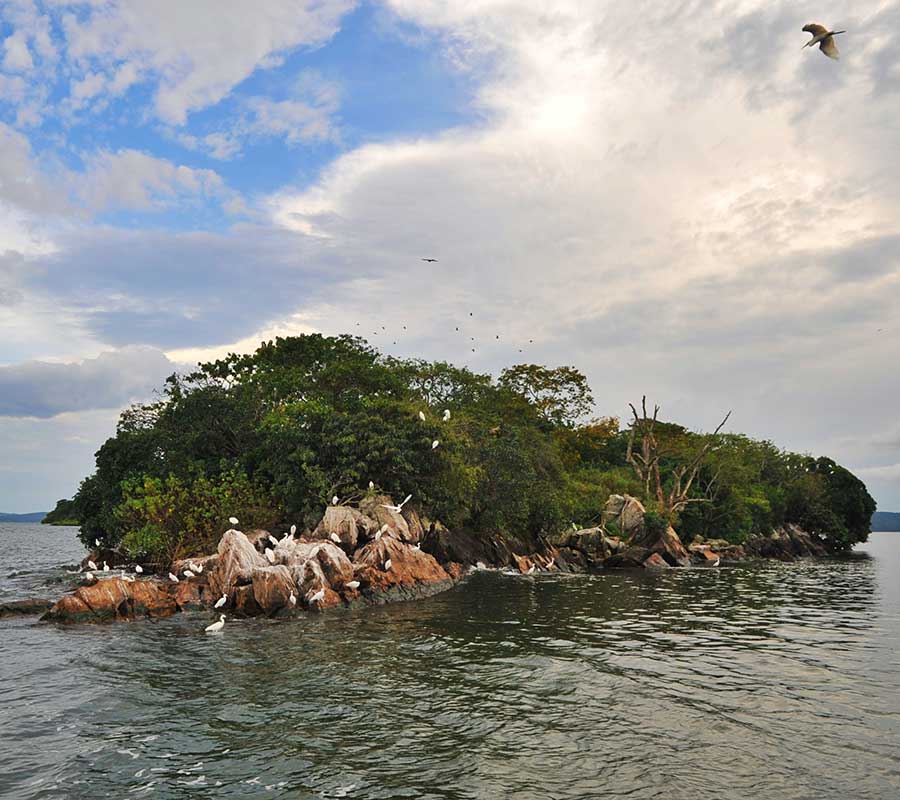 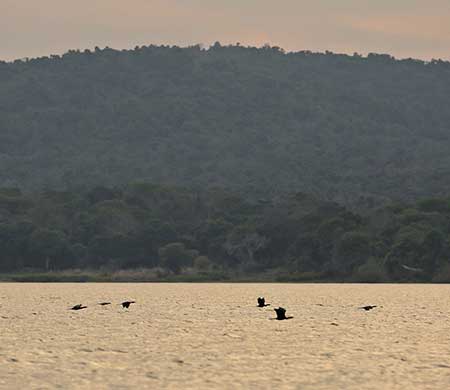 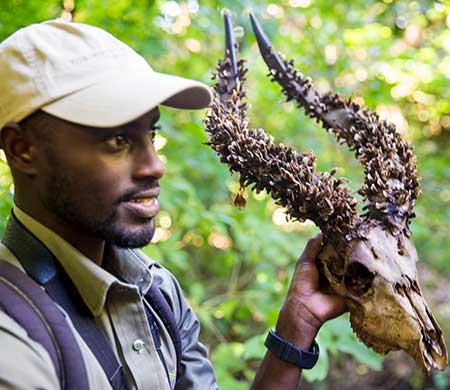 Imagining yourself in Rubondo Island National Park yet?

Charming and comfortable lodge with a view over Lake Victoria.