Where beach and wilderness meet

Saadani National Park, the park where you can enjoy both the large deserted beaches and the wildlife.

Saadani National park – near Zanzibar Island and Dar Es Salaam – is not that big and relatively unknown.

You’ll not find large groups of animals in Saadani National Park like in you do the Serengeti. However, it’s the only place in Tanzania where you may encounter elephants walking on the beach.

Saadani National Park is one of the newest national parks in Tanzania and relatively small compared to other parks.
Saadani National Park is located attractively on the shores of the Indian Ocean. Elephants and other wild animals roam the beaches, which are among the few remaining breeding grounds for green turtles on mainland Tanzania. The Wami River flowing through the park is flanked by mangrove trees and is the habitat of hippos, crocodiles and a high concentration of river birds.

The climate in Saadani National Park is tropical, as it’s so close to the equator and on the coast of the warm Indian Ocean. There are two green, slightly wetter seasons. Average temperatures remain high throughout the year.

June to September
This is the coolest period, with minimal precipitation. The sun shines most of the day, temperature is on average 31 degrees during the day and around 21 degrees at night.

October to December
Around November it rains for around 30 days, with short rains in the afternoon. These rains rarely go on all day, and will hardly affect your trip. The temperature rises slightly.

January and February
This is a period of dry and warm weather between the two green seasons, with temperatures of 34 degrees during the day and 23 degrees at night.

March to May
This time around, it rains almost every day, often with a thunderstorm in the afternoon. It is very hot and the humidity is high. At times, the sea breeze brings some relief and the temperature drops a little.

1. The Saadani National Park is located four hours north of Dar es Salaam. By plane, it takes about 20 minutes to fly from Dar es Salaam or Zanzibar Island.

2. Saadani has been officially a National Park since 2005. Before that, it was a game reserve and hunting ground since 1969. As a result, the number of animals has risen heavily.

4. Sights include the Old Boma Hotel, the Saadani Village Graveyard and the ruins of ancient settlements in Mkwaja Village.

5. Saadani village – once a major port – is located at the main entrance of the park. The ruins of the Arab fort were once the place where slaves were detained before they were shipped to Zanzibar Island. In the German period, the fort served as a customs office.

6. At sunrise, the Swahili fishermen cast their nets.

In Saadani National Park, you can enjoy both the magnificent coastline and wilderness simultaneously.

A nice addition to your trip if you like walking and tranquil days in a beautiful setting.

Explore the wonders of the famous Wami River, a paradise for bird lovers and nature lovers. The Wami River is an example of overwhelming natural beauty, full of birds and wildlife.
The boat safari starts right from your lodge, as there are many hippos in front of the suites, and takes you from there to the river mouth. Along the way you see groups of hippos, many crocodiles, osprey, colobus monkeys and dozens of bird species. No trip on the Wami is ever the same.

At a pristine atoll in the middle of the Indian Ocean, about 20 miles from the coast, lies a sandbank which is visible only at low tide.
Depending on the tide, you leave the lodge to go snorkling, swimming and relaxing in the stunning turquoise waters.

Snorkeling gear, drinks and a light packed lunch are provided.

The best way to explore the area is a walking safari with a qualified safari guide. Walking by yourself is strongly discouraged.

A walking safari in the area of our lodge is an exciting activity. Nowhere else in Tanzania but here, you can walk through lowland coastal forests, acacia forests and dry riverbeds cooled by the Indian Ocean. The walking safari starts from the tropical forest and takes you to the coastal savannah. The expert guide will show you the unique flora and fauna of this most intriguing area.

Saadani National Park is known for being one of the last remaining protected coastal areas in Africa and the only national coastal park in East Africa!
Here, safaris are unique and intimate. You rarely come across other vehicles. It’s important to remain silent in the vehicles because the animals are not used to people and are therefore very skittish. The best time to go is early in the morning and late in the afternoon as the temperature is more pleasant for both animals and people at these times. 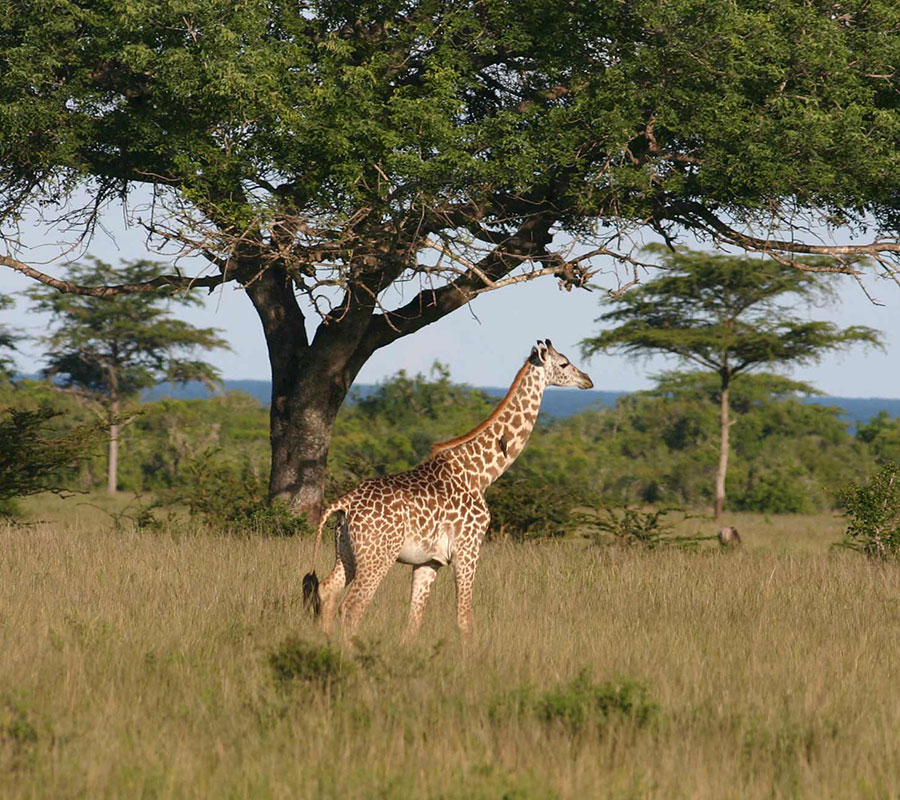 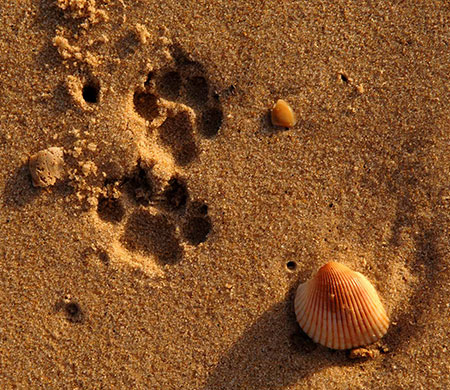 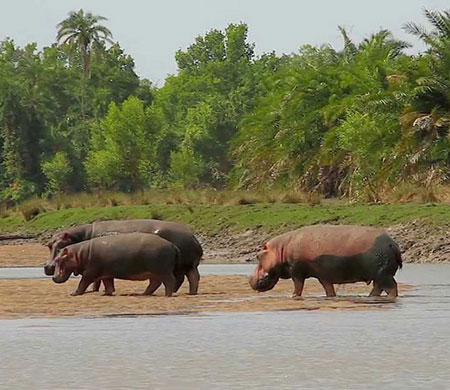 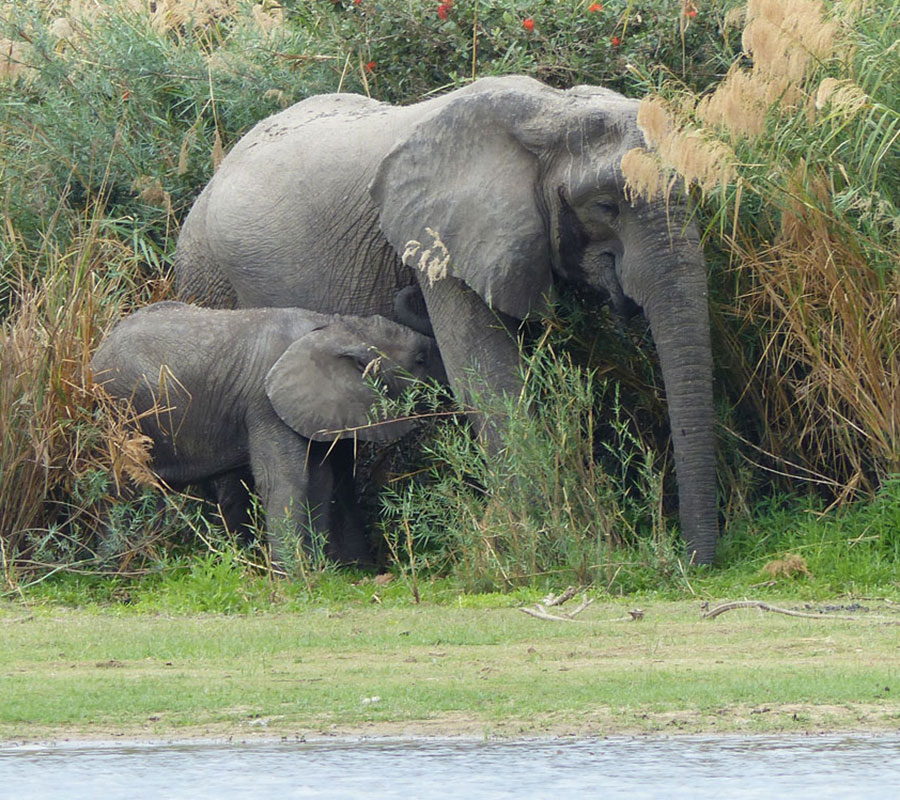 Imagining yourself in Saadani National Park yet?

Small-scale and intimate, with furniture from local carvings, sandy floors and shells.

Every lodge has a wide veranda with a view over the Indian Ocean.