Away from the crowds overlooking the Kilimanjaro

West Kilimanjaro is a true gem in northern Tanzania, not far from the cities of Arusha, Moshi and Kilimanjaro airport.

A beautifully overgrown and hilly landscape with forests and groups of Maasai huts.
And always a fantastic view on Mount Kilimanjaro.

Next to the savannas and farmlands lies the Enduimet WMA (Wildlife Management Area) with the large Kitendeni Corridor.
This corridor is crucial for the survival of both Kilimanjaro National Park and Amboseli National Park, and serves as an important seasonal migration route and distribution area for wildebeest, zebras and elephants moving between the two national parks.

West Kilimanjaro has a very unique and vast ecosystem of plains with an abundance of wildlife. The Enduiment WMA is the only one protecting a cross-border corridor between Kilimanjaro and the national parks of Amboseli.

The Enduimet WMA is the connection between the Mkomazi -, Arusha -, Amboseli – and Kilimanjaro National Parks and the Greater Tsavo Ecosystem in Kenya.

The climate in West Kilimanjaro is usually pleasant and mild. Dry season is from June to September and there are two green seasons, with long rains from March to May and short rains from November to December.

The average annual temperatures are consistent: cool at night and rarely hot during the day.

June to October
The afternoon temperatures are around 19 degrees, with lots of sunny weather and clear skies. The night temperature is cool and is around 9 degrees. Occasionally, temperature can be around freezing.

The temperatures in the green season are mild and comparable to the dry seasons. The temperatures are usually around 23 degrees during the day and around 11 degrees at night.

November and December
A 30-day period with occasional short rains in the afternoon. The daytime temperatures are at around 22 degrees and in the early morning and evening around 11 degrees.

January and February
This is a dry period between the rains.

March to May
The wettest months. It rains most days, but rarely all day long. Clouds are common. The temperatures are around 21 degrees during the day and 12 degrees at night. Cold fronts occur in April and May.

1. A manyatta is a group of Maasai huts (Boma) within a common fence.

2. The Enduimet Wildlife Management Area (WMA) is located in Longido District on the Basin land of the western foothills of Kilimanjaro, was established in 2003 and has nine villages and an area of 1,282 kilometers.

3. With its 5,895 meters, the Kilimanjaro is the highest mountain in Africa. The Kilimanjaro was a beacon for Arabian caravans to navigate their travels through the African interior.

4.Due to its height and its isolated location from other mountains, the Kilimanjaro has a diverse ecology. The surrounding savannas are dry and warm and the mountain slopes accommodate various vegetation zones, from tropical rain forests to tundra.

In West Kilimanjaro, you can go on safari on foot, by jeep and on horseback.
Or meet the local Maasai population.
Besides, relaxing and enjoying the view of the Kilimanjaro or reading a good book is also possible.

In the footsteps of Hemingway, west of the magnificent Mount Kilimanjaro. An area with a very diverse landscape and a good chance you’ll see many animals along the way. This 9-day horseback safari is suitable for experienced riders and offers spectacular views. Besides, on horseback you see animals such as elephants, zebras, moose, wildebeest etc.
Enjoy full days in the African wilderness in comfortable private camps, good meals and atmosphere by the campfire.

You spend the first, second and last night at Makoa Farm and 5 times in a private campsite in comfortable tents. (9-day safari).

Would you like to walk the Kilimanjaro, but no multi-day expedition? From the Shira Plateau, on a clear day, you have the most beautiful view of the summit of Kilimanjaro, the Uhuru peak of the Kibu.
You leave Simba Farm around 7:30 am with an extensive breakfast. After paying the entrance fee for the Kilimanjaro National Park you head, with your guide, for the walk on the Shira Plateau. There are several walks you can choose from, ranging from 1 to 5 hours.
Around 1:30 pm, you are back at Simba Farm for a delicious lunch.

You may have to work a little harder here to see wild animals, but you’ll succeed. The area is in fact part of a wildlife and elephant corridor that connects Kenya’s Amboseli National Park with Kilimanjaro National Park. 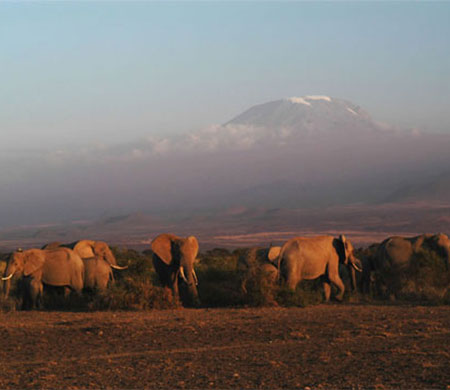 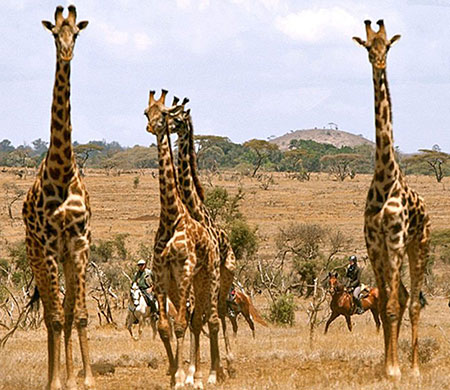 Imagining yourself in West Kilimanjaro yet?

Have a look at at other example trips that can be fully adapted to your wishes or contact us directly!

In West Kilimanjaro, you can stay on a real Tanzanian farm and experience the farming life up close. Or on a coffee plantation as the start of your horseback safari.
A true experience!