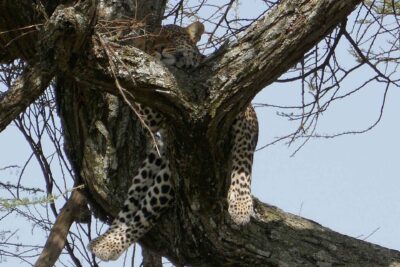 Beforehand we had said to each other that we should not compare Tanzania with other African countries that we have visited earlier. But after a week we agreed that Tanzania can pass that comparison with flying colors.
The hospitality and friendliness of the people we met made it a great holiday. That started at the Ngare Sero Mountain Lodge where we arrived around 11 pm and the employees asked if we wanted something to eat. We didn’t feel like an elaborate meal anymore, but a cup of soup would be nice. That was no problem at all and half an hour later we were sitting outside on the terrace with a delicious soup. 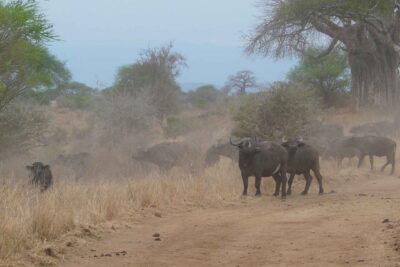 Without exception, the employees in the Green Camps on Lake Manyara, Kogatende (in the north of the Serengeti) and in the Walking Camp created a wonderfully relaxed atmosphere, there was a lot of laughter together and we were served great meals. You rarely see people as caring as these guys are.
With Emmanuel we had a great guide who was focused on showing us as much as possible. We discussed with him that we didn’t want to drive all over the place just to take a picture, but mainly wanted to enjoy ourselves and notice very much what we would see. Emmanuel took all the time for this and had a good nose to be in the right place at the right time and then calmly wait for what was to come. Because of this we eventually saw a lot of animals and experienced beautiful moments.

The first national park we visited with him was Arusha National Park. Emmanuel called this park our starter: a nice not too big park that is beautiful and where we saw the special colobus monkeys, but also our first giraffes, zebras, elephants, waterbuck, gazelles, impalas, baboons and Pumbas (warthogs). 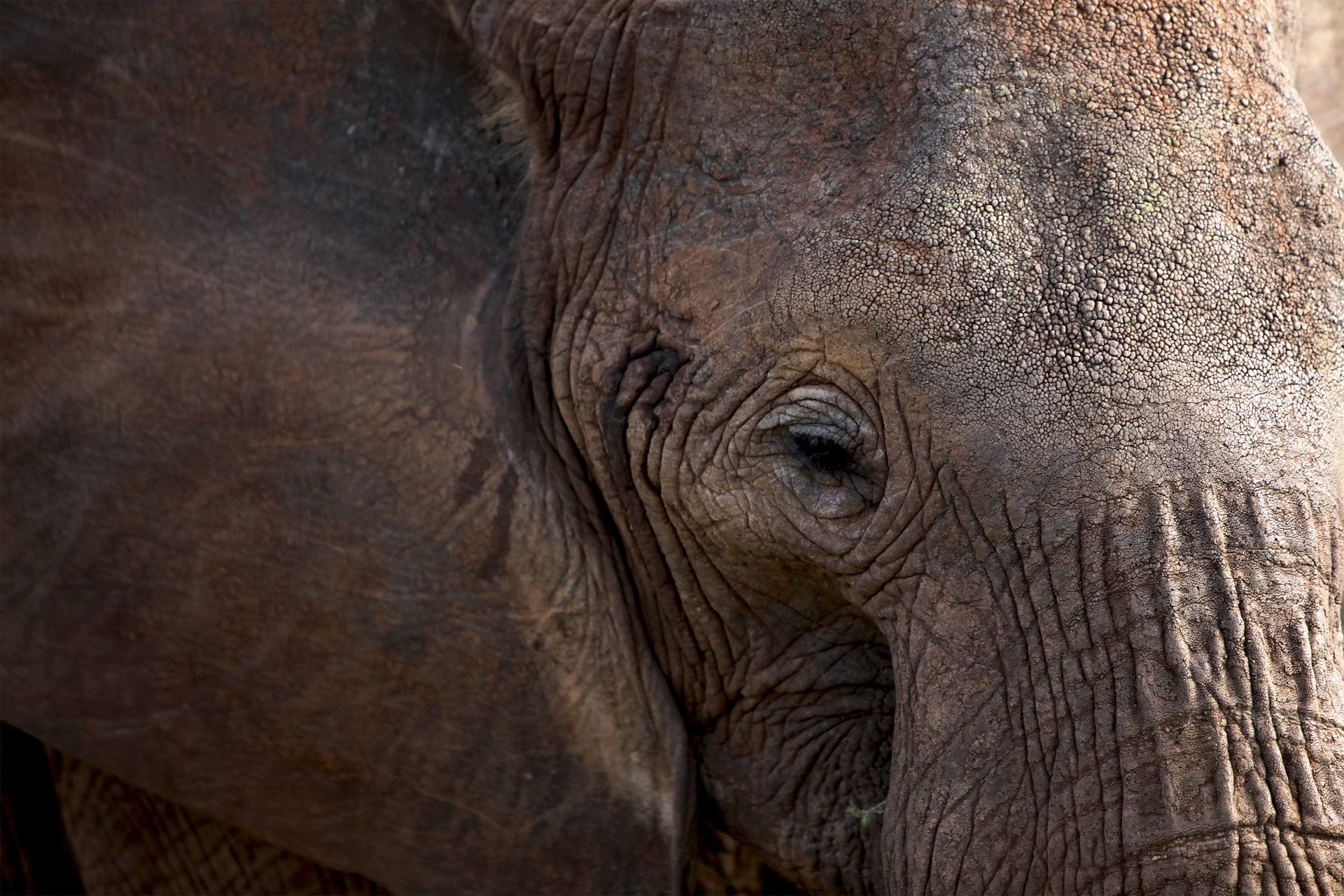 The next morning we left for Tarangire National Park. On our way there, we noticed the blossoms in the trees. The rainy season had not yet arrived, but there was still a lot in bloom. Emmanuel told us that the purple blossoms are a sign that the rainy season is coming. We had chosen to spend the night in the Tarangire National Park itself, so that we would not have to drive long in the jeep for the safaris. We were able to set off straight from the lodge. Soon after arriving in this National Park, Emmanuel spotted a leopard in a tree. This is by no means easy because of the camouflage.
Shortly afterwards we found some lionesses with 5 cubs of a few weeks old. The lionesses supervised from the tree, while the cubs on the ground explored. What a blessing to be able to see this.
Another special moment was a large group of as many as hundreds of buffalo walking in front of and past the jeep and running towards the river for a drink.
And even the experienced guide Emmanuel was impressed by an “attack” by a male elephant, this time he didn’t turn off the car to look around extensively, but left the engine running to be able to drive away as soon as it became necessary. 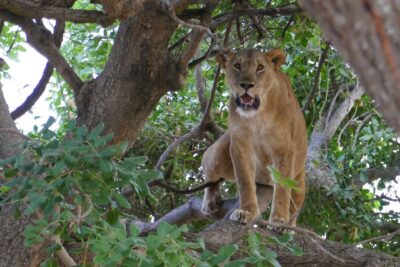 After Tarangire NP we drove to Lake Manyara. The tented camp is in a fantastic location on a river. Here we had our first walk and followed the tracks of lions.
The last week we stayed in different places in the Serengeti. 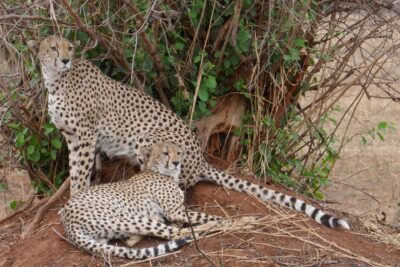 Emmanuel told a lot about animal behavior. Thus, he immediately recognized that a mother cheetah would go hunting. By patiently waiting for a while, his prediction came true and we were able to witness the hunt for a Thomson gazelle right up to the moment the gazelle was captured. After that it was fascinating to see how the 4 youngsters tried to find their mother and how they succeeded.
Late one afternoon we saw a pride of lions feeding on a buffalo. The next morning, the same buffalo served as breakfast for the hyenas, while a large group of different species of vultures waited their turn to clear away the last remains.

The last few days we spent in the hiking camp in the north of the Serengeti where guide James told us more about the tracks on the ground, how everything in nature works together and has meaning and we studied carcasses.
Walking through that special landscape with so many animals around you is impressive in any case. 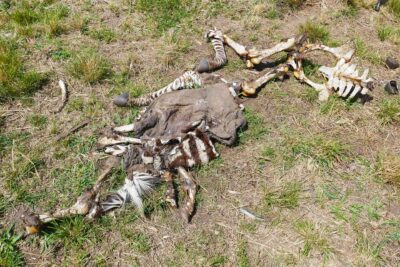 One of our reasons for going to Tanzania was the Mara River. Even though we didn’t see a crossing, sitting along the river was an experience, as was seeing thousands of wildebeest grazing. Even James and ranger Ezekiel were impressed when a crocodile grabbed a vulture. They had never seen this.

We thank Marjolijn for organizing this fantastic trip and all the people in Tanzania that we were allowed to meet. It’s unforgettable.