Where our primal mother Lucie lived …

I think it was  pretty obvious iced that I attached great importance to this journey, which was to become and has become a reflection of the warm bond I have with my sons.
The seed of our interest in the African wilderness and its wildlife was planted when we were invited there in 1980 by a relative in South Africa. Together with our three sons, my wife and I visited the Kruger Park and later the Kalahari Desert. It turned out to be an unforgettable journey.

We are now more than 40 years later and unfortunately our wife and mother passed away.
However, the seed that was planted at the time has continued to germinate over the years. My wife and I made several trips to Africa with friends: Zimbabwe, Botswana, the Okavango Delta, Gabon, etc. The sons, now adults and with their own families, also traveled repeatedly to Africa.
In 2018, a year after the death of my wife, I invited my sons for a safari in Tanzania to the parks Selous (now Nyerere) and Ruaha, organized by a travel agency in London and then in permanent tented camps, became an unforgettable experience.

But the seed planted at that time continues to germinate, an unstoppable growth.
I wanted to return with the boys to Africa again, this time to the most pristine and vast area that can still be found: the Serengeti, where our primal mother Lucie lived a few million years ago and thus stood at the beginning of our evolution.
We found that the animals generally looked well-fed and very healthy. My eldest son, an expert on elephants and constantly busy identifying the numerous birds, thought that even the numerous skeletons also looked healthy…. His younger brother, an almost professional photographer, was busy shooting one of his cannons with his cannon. To shoot 4000 photos (some of which will probably go to Explore Tanzania) and the youngest brother always tried to spot the cheetah, the leopard or the lion a little earlier than the guide, in which he rarely succeeded.
This time our eye fell on the Explore Tanzania travel agency in Apeldoorn, which met our expectations in every way.
We stayed 1 night in Katambuga House near Arusha, 4 nights in Green Camp Kogatende/North Serengeti, 2 nights in Mysigio Camp near the Ngorongoro Crater and 2 nights in Green Camp Lake Manyara National Park. 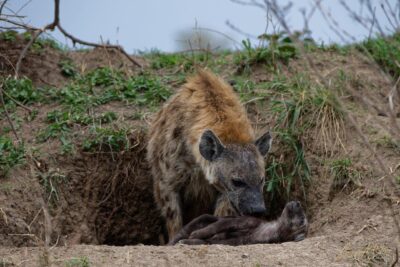 The organization has been perfect: very competent guides, a comfortable open terrain vehicle (we covered 100 Km daily), fairytale locations all to ourselves. The staff on site, exceptionally friendly, discreet and professional, provided the most delicious meals and always managed to bring the white and red wine to the table at an appropriate temperature. But first, a nice campfire had already been set up for drinks. No other guests, no noise at all, an almost palpable silence, a sky from which you wanted to pluck the stars and very close again and again the wild animals, the hyenas, the herd of elephants on their way to its watering hole. We moved twice from camp to camp by mini-plane, all to ourselves. Again, that was perfectly organised. 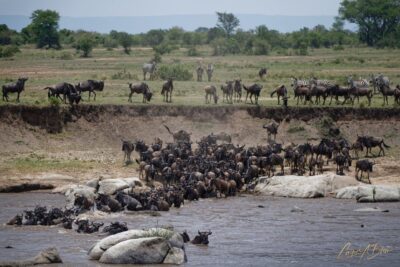 We have often wondered how it was possible to achieve so much perfection in this middle of nowhere: there must be a formidable organization behind it.
What about this: we had a fantastic trip and hereby pay tribute to Explore Tanzania on behalf of the four of us!