The area surrounding the islands of Zanzibar, Pemba and Mafia offer divers of all levels some of the best dives in the Indian Ocean.

The water is clear for much of the year. There is a wide variety of coral reefs and fish.
There are established and professional PADI and SSI dive clubs for the true adventurers.
Besides, the waters around the islands of Zanzibar, Pemba and Mafia offer new experiences to the most experienced divers. 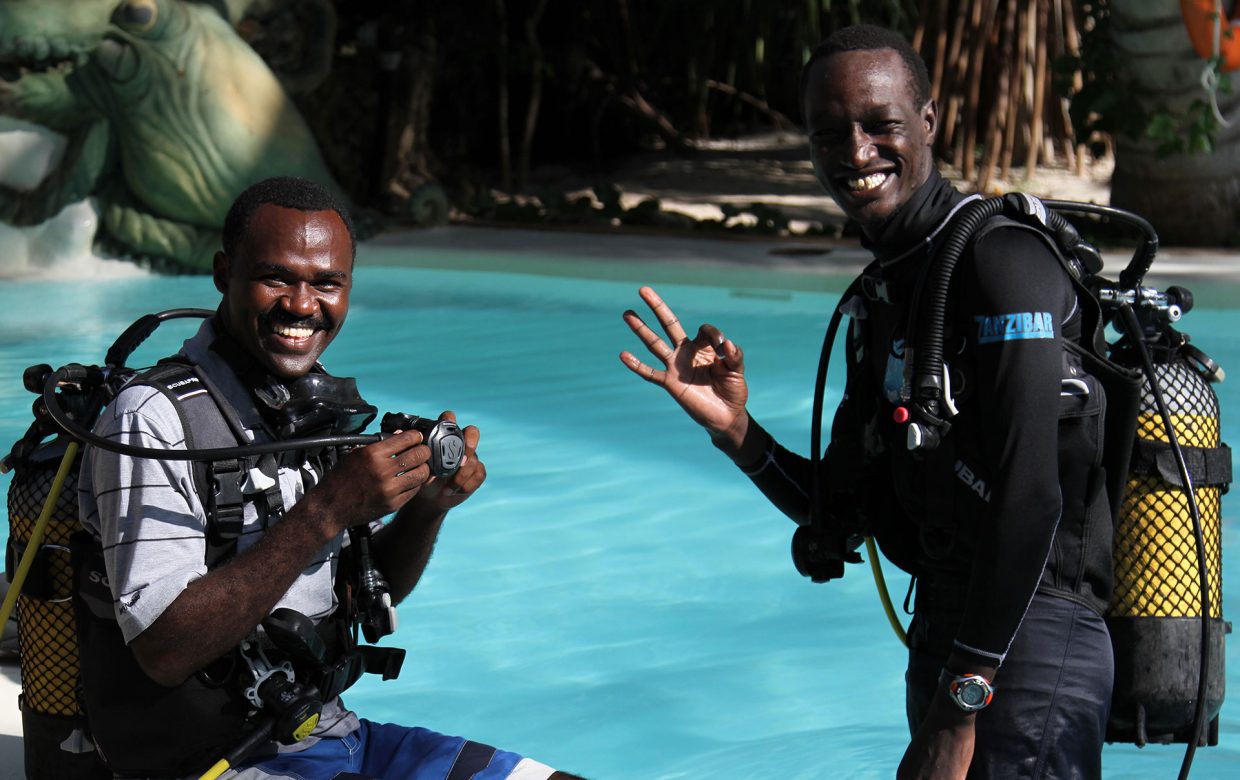 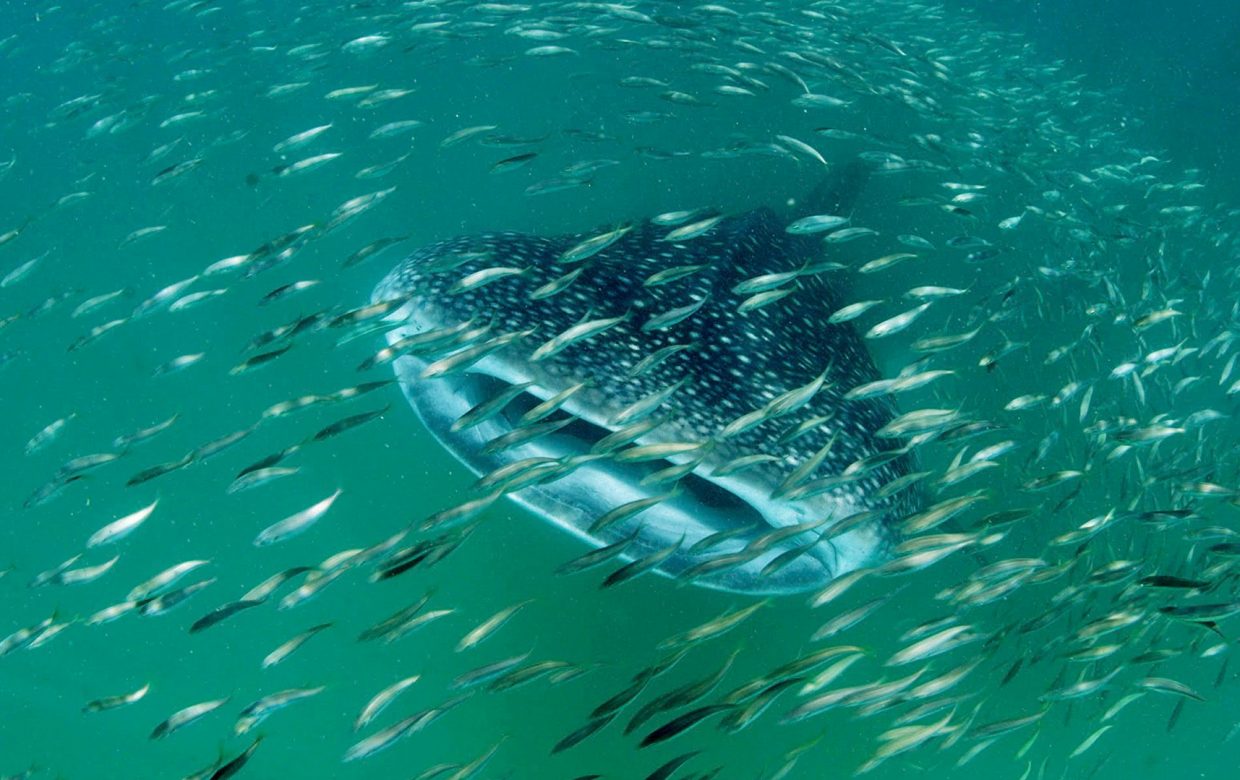 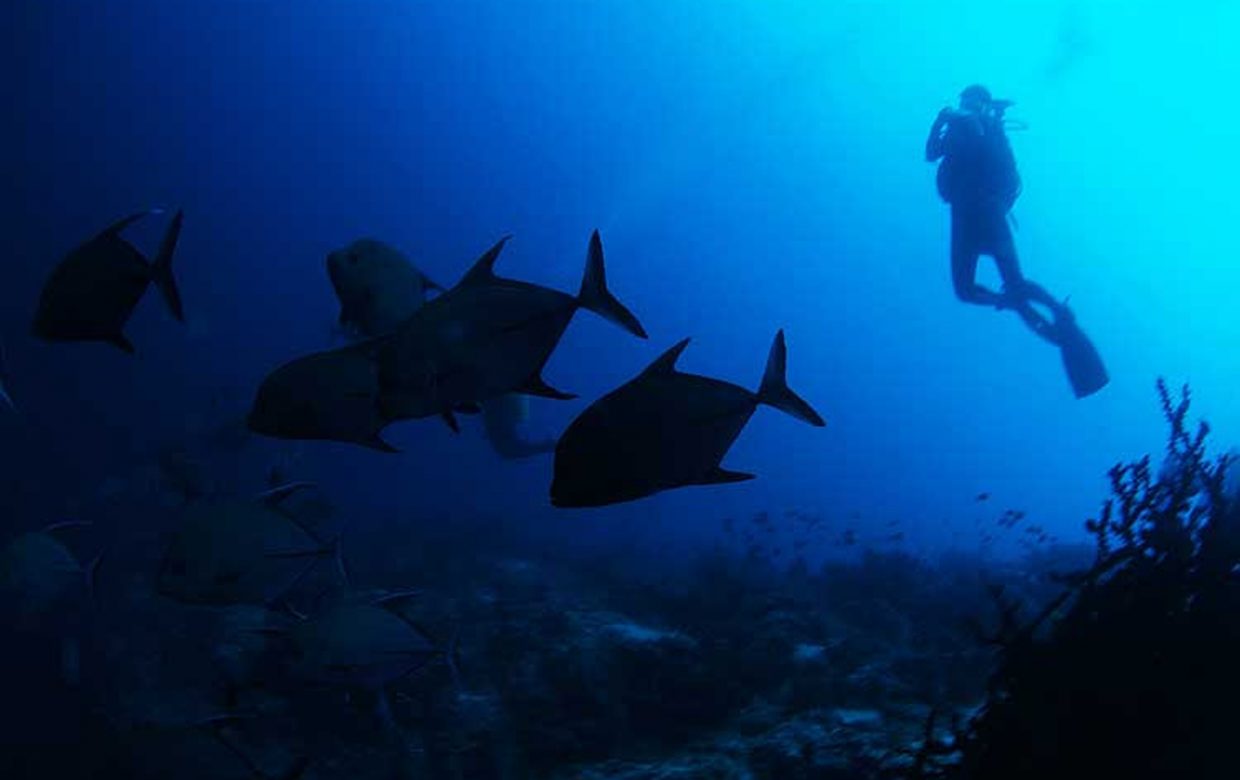 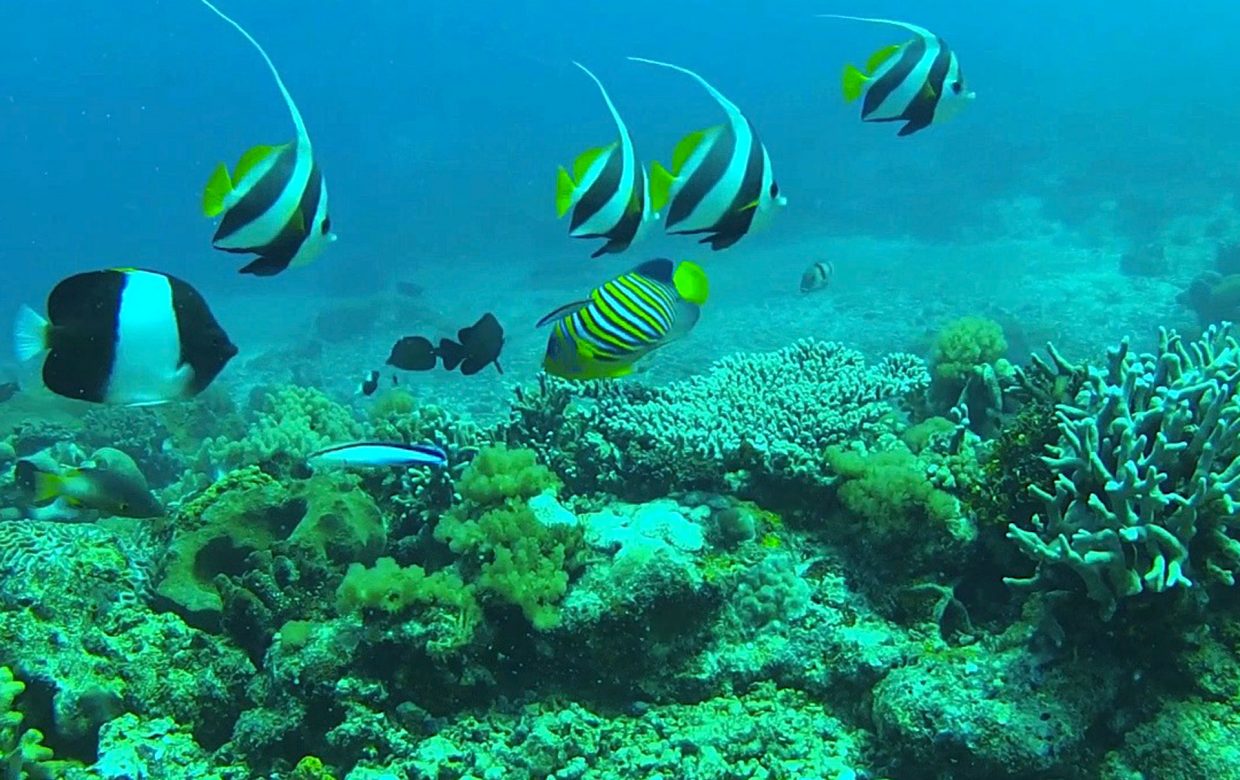 In Tanzania, there are multiple sites for you to make wonderful dives that are easily accessible from your property.

Zanzibar offers many beautiful diving locations of all levels.

There are a number of famous locations such as Mnemba Atoll. This is also called the tropical fish capital of East Africa. Mnemba Atoll has a constant visibility of about 30 meters and you often see dolphins here.

At the northernmost tip of Zanzibar are also many diving locations, generally for the more experienced divers. You dive on the open sea and there is more current here. Here live the big sport fish, tuna, barracuda and a variety of moray eels.

Mafia island is a real dream location for divers. One that should be on your bucket list!

From many accommodations it is possible to organize diving. Kinasi Lodge has a good diving organization on site.

There are established and highly professional PADI diving organizations on Pemba Island, such as those at Fundu Lagoon and The Manta Resort. It is therefore possible to follow a PADI diving course.

Mnazi Bay-Ruvuma Estuary Marine Park along the South East coast has been recognized since 2000 as an area of high biodiversity value on both a national and international level. Recently discovered and still unexplored as dive sites.

You can dive great here. The Marine Park has spectacular drop-offs on the outside of the reef, extensive spore and groove formations, channel and patch reefs. More than 400 species of fish and more types of coral (>258) than anywhere else on the East African coast. The pristine white sands of Ruvula Beach complete this tropical paradise.

The heart of the Marine Park is the Msimbati Peninsula, along with the adjacent Mnazi Bay. The nearby village of Ruvula is located along a sandy path and a beautiful beach and has very good snorkeling opportunities.

For divers, the Zanzibar and Mafia archipelagos offer a fantastic combination of shallow reefs suitable for novice divers, and steep walls and deeper dives for those seeking more adventure. The Mnemba Atoll is a marine reserve with reef and coral and a very diverse marine life, and is perfect for diving and snorkeling. Snorkeling is possible everywhere, you will see many fish from the beach.

Many large marine (mammals) animals live in the Indian Ocean off the coast of Tanzania. Animals that you may encounter during your dives include rays, sea turtles, whale sharks and whales. The most common is a dolphin species: the long-billed or Indian bottlenose dolphin. These dolphins are commonly seen in the waters around the Zanzibar archipelago.

Humpback whales and also sperm whales can be seen from the water between July and September/October as their migratory route runs along the coast of Mafia and Zanzibar.

Mantas and whale sharks are seen on the coast around Mnemba dive spot near Zanzibar between December and April, peaking in March. The 5-12 meter tall giants are graceful and harmless.

Whale sharks are also found all year round around Mafia Island. Between October/November and March they feed at the surface on the west side of the island. That is why you can swim / snorkel with them well from Mafia during that period.

Will you join us for a dive?